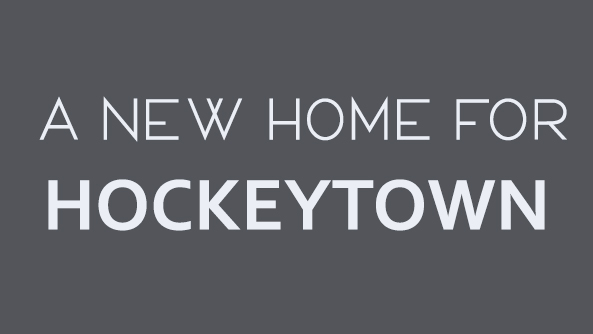 The Detroit Red Wings are the gold standard in the NHL, but their arena was the third oldest in the league. Olympia Development committed $365 million toward plans for a new arena and entertainment district and sought $285 million in funding from the city and state to bring the plan to life. The problem was the city of Detroit had been hit hard by the economic downturn, was on the brink of bankruptcy, and had little appetite for funding such a major project while officials in other parts of the state were growing tired of pumping money into Detroit.

We knew we had to make sure local officials recognized that this was more than just an arena for the Red Wings; this was a plan to resurrect the city of Detroit and provide jobs for its people. But beyond that, we faced the challenge of selling the plan to the entire Michigan legislature in order to secure funding from the state. This meant convincing elected officials as far as Grand Rapids, Traverse City, and Saginaw that this wasn’t another handout for Detroit, but rather a plan for long-term sustainability to keep the state from having to throw dollar after dollar at the city as they’d done so many times in the past. These complex message goals required a significant comprehensive survey research program including 10 surveys and numerous focus groups statewide.

Research showed that we had to tap into the well of good will for bringing back downtown Detroit while also overcoming the skepticism of a populace that had heard empty revitalization promises for over 40 years. By focusing heavily on the immediate and long-term economic benefits we worked with the Olympia team to successfully convince local officials that this plan was critical to revitalizing Motor City.

The Detroit Downtown Development Authority and the Detroit City Council saw Olympia’s vision and approved the plan and the state legislature passed the bill to fund it. The arena is set to open in 2017 – with an estimated economic impact of $1.8 billion.